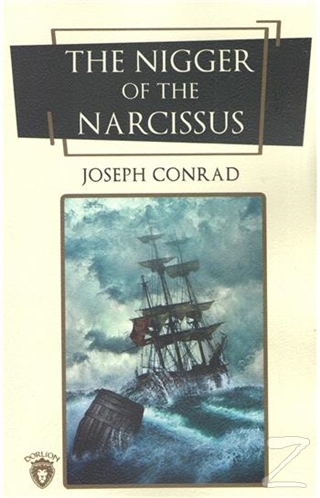 The Nigger Of The Narcissus (İngilizce Roman)

Joseph Conrad  /
Dorlion Yayınevi
Joseph Conrad (1857-1924) was born in Berdichev, Ukraine, on December 3rd, 1857. He was born Polish but he would become renowned for his English short stories and novels.His father, Apollo Korzeniowski, worked as a translator of English and French ...

Joseph Conrad (1857-1924) was born in Berdichev, Ukraine, on December 3rd, 1857. He was born Polish but he would become renowned for his English short stories and novels.

His father, Apollo Korzeniowski, worked as a translator of English and French literature, so Joseph had a significant exposure to literature while still a boy.

In 1861 his family was exiled to Northern Russia as a result of his father's political activities. Then in 1869, both of Conrad's parents died of tuberculosis and he went to Switzerland to live with his uncle.

Conrad attended school in Krakow but he dreamed of the sea and in the 1870's he joined the French merchant marines. While working on a ship Conrad made voyages to the West Indies and was even involved in arms smuggling. Eventually Conrad joined the British merchant navy and swiftly climbed the ranks. By 1886 he was commanding his own ship and was given British citizenship. It was at this time that he officially changed his name to Joseph Conrad.

Conrad spent the next part of his life sailing all over the world, it was this experience that provided him with material on the exotic locations of many of his novels. He visited Australia, various islands in the Indian Ocean and the South Pacific, South America, and he even sailed up the Congo River in Africa. In 1894 at the age of 36 Conrad finally left the sea behind him and settled down in England. Two years later he married an Englishwoman by the name of Jessie George, and it was with her that he had two sons.

Even though he was settled down and had a family Conrad still occasionally traveled, but for the most part he just wrote his novels, the first of which, Almayer's Folly, appeared in 1895. That novel would be followed by many others including The Heart of Darkness in 1902 and Nostromo in 1904. Conrad continued to write until the year he died, publishing his last novel, The Nature of Crime, in 1924. He died August 3rd, 1924 of a heart attack.